Kotobukiya will be releasing two individual statues that will combine to form a killer looking diorama. Marvel.com has the first images and info for Kotobukiya’s Avengers: Age of Ultron Hulk and Hulkbuster ARTFX+ Statues. These two statues will line up at their bases to form the battle scene depicted in the trailers for the film. The statues are 1/10 scale with the Hulkbuster standing 11.5″ tall and the Hulk standing at 9.5″ tall.

Figures are due for release September 2015 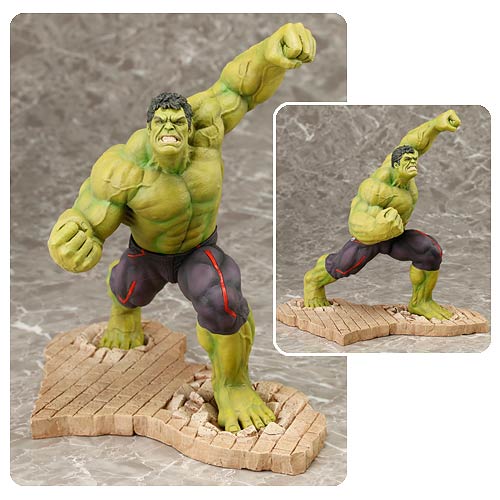 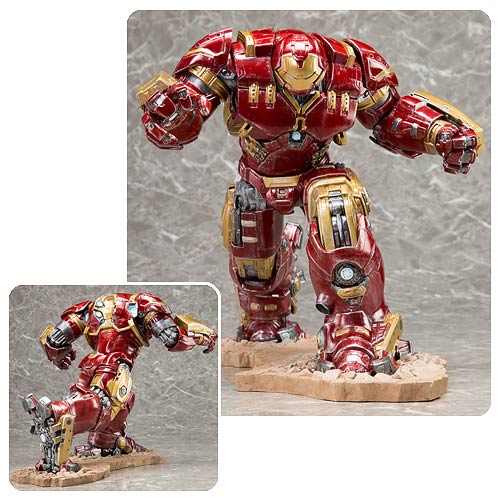